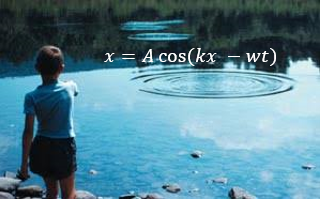 Physics experiments often seem to deal with measurements only rather than producing interesting phenomena. In our high schools when we are introduced to the physics lab, it starts with making measurements. To emphasize measurements, most often we ignore all those amazing phenomena and therefore their explanations using the laws of physics. And even in the university we only learn to take measurements than observing the phenomenon. Phenomena can be overwhelming to observe, but when it is only about focusing on measurements, students seem to lose interest. Besides, in the science fairs, very few projects are found from fundamental physics. It is most often chemical reactions or producing electricity. When a stone is thrown in the still water a transverse wave is produced. If students are given such instructions that we can measure the associated wavelengths from here. It would be quite interesting as well as students can learn to enjoy experiments. But since students learn to focus on measurements only they can’t understand the true meaning of their findings in the experiments.

The aim of this project is to make students(high school students and undergrads) interested in phenomena-based experiments with a bit changed curriculum. Where the curriculum is assumed to provide simple and easy experiments while stating new concepts. A student-centered curriculum should be made[1], where the understanding of the laws of physics should be given the highest importance. This project is also aimed to reduce difficulties in learning experiments while making them fruitful for students.