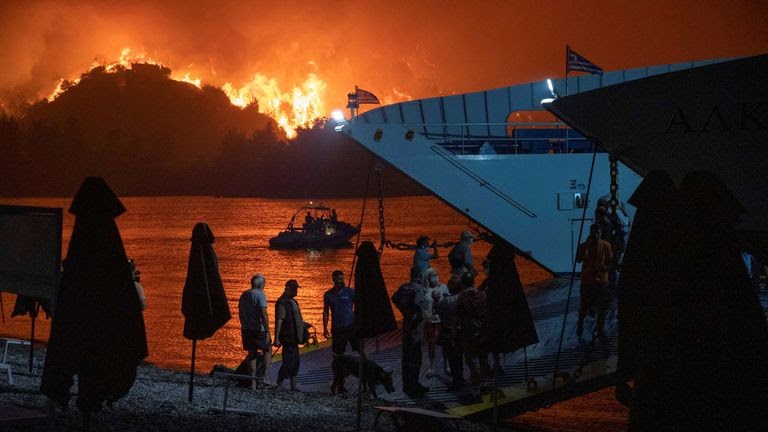 Climate change has been an undeniable part of our lives and it is affecting our today and future. Each year land and ocean temperature increases and heatwaves are getting stronger. Lately, due to the dry weather and droughts, many wildfires are breaking out in places such as Greece, Southern Turkey, and many more European countries. Not so long ago Australia and California faced a massive wildfire crisis as well. Maybe we can’t completely stop global warming or avoid wildfires but we can decrease the spread of the fires, lower the response time, shorten the building and infrastructure damages and most importantly, prevent animal and human deaths as much as possible. Therefore, we propose an app that can be a solution for these cases.

To prevent fire’s spread speed and to take control of the fire before it reaches a level that threatens wildlife and settlements, the app will immediately send signals to the authorities as soon as the sensors on the ground detect anomalies(might be thermal, vision or gas). Furthermore, the app will also send alerts to people living or staying at a certain distance.

The app will have access to the government’s citizen population, tourist population, settlement plans, forestland plans, industrial zone plans, wildlife, and means of transportation data. In addition to these data, the app can also utilize some military data in case of an emergency. This military data will include regional naval ships, aircraft, helicopters, and available ground vehicles that can help evacuate the wildfire zone and close environments by transporting civilians and animals.

To facilitate the extinguishing of the wildfire, air support will receive precise coordinates and can see the fire zones through the monitors that are provided by the sensors such that the accuracy and effectiveness of the fire retardants and/or water will be increased. The newest developments of the fire zones and all the processes can be tracked down through the app.